Also on the Web

Dui Jarrod takes to the stage and asks the crowd, "Where my losers at?" It's not insulting or condescending. He proudly and triumphantly even calls himself a loser, and it's inherently an incredulous statement because as he engages the audience, you wouldn't think him a loser. Jarrod is energetic, confident, creative, intelligent, funny, fun-loving and compassionate. If you follow his Twitter account, it's evident he's politically conscious and socially aware, as well as being very tuned into black culture, and if his Instagram page is any indication, it's also evident he's family-centric, has plenty of friends, possesses a radiant smile and dare I say is quite sexy. The question therefore is why in the Hell does he call himself a loser.

The Definitive Loser's Guide to Winning is essentially Jarrod answering that question, as he walks us through his life up to this present moment. As the title suggests, the play is lighthearted, upbeat and inspirational. "Loser" in fact isn't a pejorative when coming from Jarrod. It's instead a term of endearment or even of empowerment, much like in the TV series Glee and its original song "Loser Like Me." Yes, Jarrod's one-man show walks through his life as a "loser" but it also introduces us to a slew of other people in Jarrod's life whom he lovingly deems as losers too and how the word "loser" might just be defined as winning of a different kind or of a different time.

Jarrod is a filmmaker whose directorial debut Lessons Before Love was recently distributed nationwide via Redbox. The 35-year-old is currently writing his next feature, which tackles the African-American experience in and out of Hollywood. This play is semi-autobiographical as it's framed in a narrative of Jarrod being a young African-American experiencing the ins and outs of a Hollywood situation. The play is very meta in that regard. It gets so meta that the reality on stage, which is slightly fictionalized, and the reality in his personal life do bleed together. It's so much so that at one point the audience could get confused if whether what's happening in front of them is actual or artifice.

The play makes its Off-Broadway premiere this year, this May. Jarrod first presented the play in his hometown of Little Rock, Arkansas. He brought it to New York for a special two-night event at the Kumble Theater at LIU in Brooklyn, not far from where Jarrod now lives. I attended both nights back in September and the way things were set up seemed intent on Jarrod engaging the audience and inviting them closer to him.

Jarrod put three rows of seats on risers on both sides of the stage. There were the normal rows of seats in front of the stage. With Jarrod performing in the center, it almost mimicked theatre-in-the-round. I sat on stage and observed that it made it easier for Jarrod to interact with his audience. Not only does he ask the crowd questions and demand responses, but he also gives them props to involve them in what at times feels like a seminar or TED talk, yet more entertaining. For example, Jarrod will hit music cues of rap songs and pull people out of their seats to dance or even twerk with him.

However, the center pieces of this show are Jarrod's series of impressions. From family members like his uncle to co-workers at his airplane job to random people he encountered on the street in Times Square, Jarrod transforms himself into these people. He's not a standup comedian, but his characters could be in-line with those by a lot of black comics who have done these kinds of one-man shows. Some of the greats include luminaries as Whoopi Goldberg in Direct From Broadway or even Eddie Murphy in Eddie Murphy Raw.

Yet, it's also clear that Jarrod could be the spiritual equivalent to Jordan Peele in Key & Peele or Damon Wayans in In Living Color. His ability to effect these characters and maintain them is right up there with those great, comedic actors on television. Whether or not one wants to criticize Jarrod's impressions for how much they rely on stereotypes is to miss the forest for the trees or the humor for the jokes because what's also clear is the core level or amount of heart and faith that Jarrod rounds not only each character but the overall show. 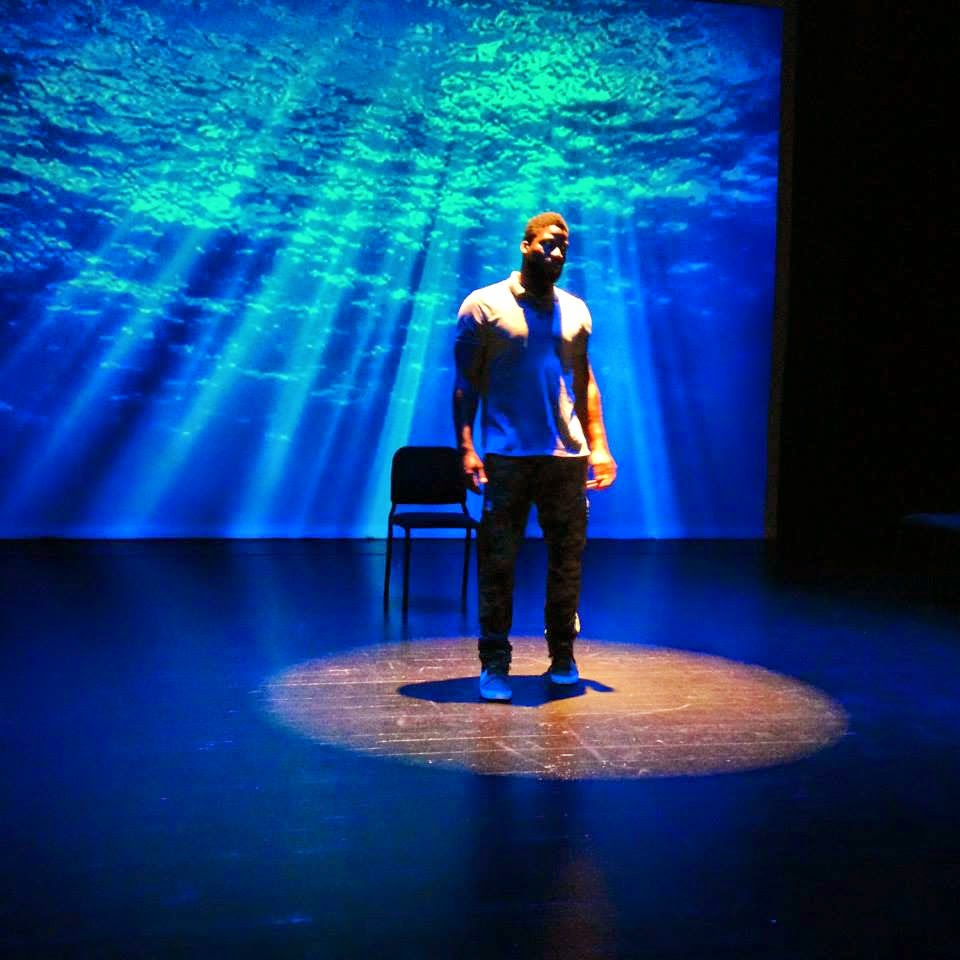 There's no ignorance or malice here. There's not malice, even when he's calling his characters "losers." Jarrod is obviously a very empathetic performer. He does each character one by one, and it's through them he sees himself. Anyone watching in the audience whether man, woman, gay or straight will also see a reflection. Jarrod's characters exist not just to teach him but in a way to reflect him. Jarrod sees a connection between them all which has to be linked in part to his strong sense of faith and belief in God, which he hits hard at the end.

Surprisingly, one of the characters that Jarrod does is that of the Lord Almighty. If I'm not mistaken, Jarrod does play the voice of God himself and in fact has a conversation with God, which is to say he has a conversation with himself. It's a bold move from the young actor, but Jarrod earns it because he's so earnest and effervescent. It might grind the show to a bit of a halt to become a church sermon, but I would pray all my preachers are like Dui Jarrod in this climatic moment that literally has him under a single spotlight, a place where he comfortably belongs.

The Definitive Loser's Guide to Winning.
Opens May 8th at 13th Street Rep Theatre.
Fridays and Saturdays at 9:30PM for one month only.
For tickets, click here.
Follow on Twitter @DuiJarrod #LosersStayWinning
Facebook.com/losersstaywinning.
www.duijarrod.com.