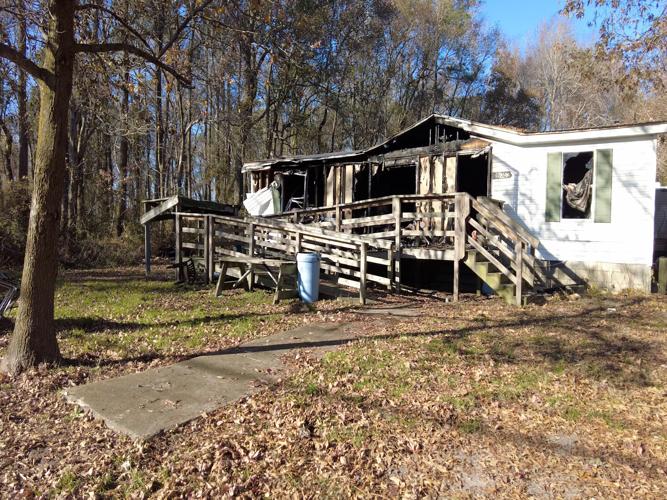 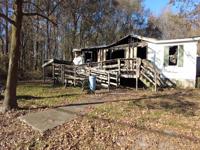 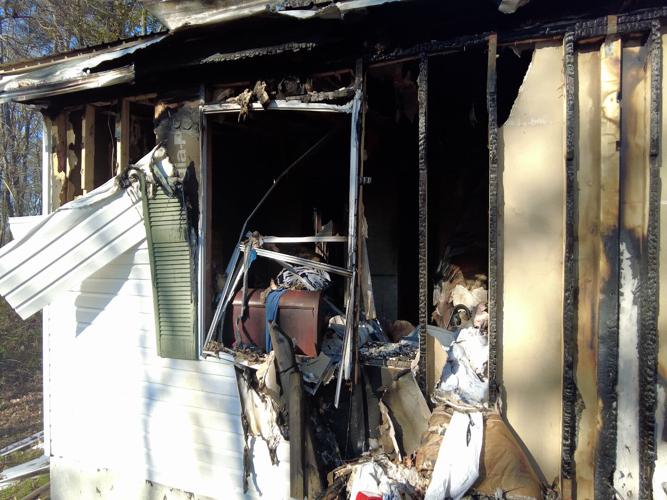 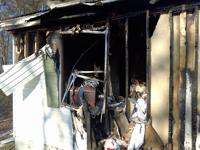 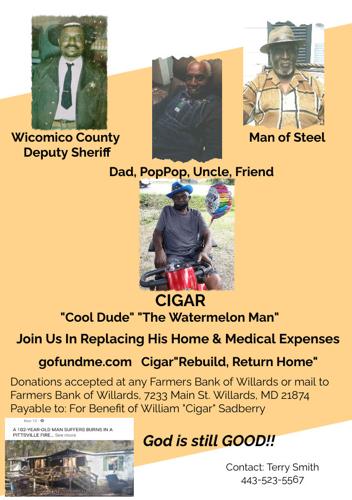 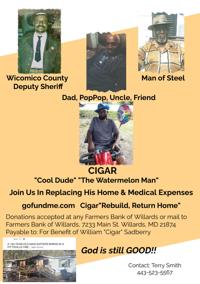 PITTSVILLE, Md. --- William Sadberry, better known as "Cigar" Sadberry, is 102 years old. On November 10 his home was engulfed in flames. His daughter, Terry Smith, says although it was an emotional experience, she is grateful for the outcome.

Terry said "Cigar" was sent to John Hopkins and is now recovering well at a rehab in Princess Anne where he suffered 2nd and 3rd-degree burns from the heat from the fire.

"He will be there for two weeks of rehab but he's in good spirits," Smith said. "He's talking trash as usual but he's being 'Cigar'."

"Cigar" is fairly well known in the Pittsville community. He's a former Wicomico County deputy sheriff who's lived in Pittsville for 70 years. And the community is coming together to help this Pittsville legend return to a home that is safer!

"He just wants to be happy," Smith said. "I asked him, 'Dad what do you want? Would you want to stay with someone?' He said. 'No, I want my own place.' So he's very adamant about that and were adamant about making it happen for him."

During the season of thankfulness, friends, and family of "Cigar" Sadberry are happy to have him around for another Thanksgiving Holiday season.

The family has set up and "gofundme" and the Farmer's Bank of Willards payable to William "Cigar" Sadberry Benefit Fund.